interpals search online (6792) language exchange
Error : Oops! If you are seeing this, your browser is not loading the page correctly. Please try pressing Control-F5 to force reload the page. If this doesn't work, you may need to update your browser :
Download Firefox | Download Chrome | Download IE 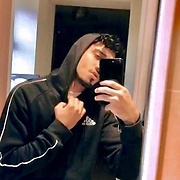 Reply - Conversation - May 13
Can’t be bothered with this place anymore. Most people can’t even keep a convo going and are just using English people as teachers/tutors.
How about making friends with me first instead of just directly using me for English practise 🤦🏻‍♂️

Then on top of that you get celebrities here who are too popular to open their messages apparently ... maybe they feel better about themselves seeing all the unopened messages they have

Reply - Conversation - May 8
Proud of my rooms gaming set up🤟🏻

Reply - Conversation - May 8
It’s difficult being a guy on here... Pretty much everyone judges you based on Face value and looks and it seems like you need to be a 10/10 just to get someone’s interest, attention and reply. Then on top of that you need to try convince people you’re not a weirdo like all the other creeps on here. I’m convinced most women on here just thrive of the attention and all the messages they get on here and don’t actually want to interact or have a conversation.

Also what actually happened to people caring about personality ..? It seems as though people are now shallow and ONLY care about looks then wonder why they get hurt. I only got InterPals because I thought people in UK were shallow and around the world they would be more accepting but now I’m convinced it’s a worldwide problem. The real pandemic is how judgemental this world has become.

You say you want English language practise but you won’t even talk to someone from England who’s native language is English ? Like whattt 🤣🤦🏻‍♂️
1 2 [of 2]
Please Sign In or Join for Free to view the rest of this profile.