interpals search online (2913) language exchange
Error : Oops! If you are seeing this, your browser is not loading the page correctly. Please try pressing Control-F5 to force reload the page. If this doesn't work, you may need to update your browser :
Download Firefox | Download Chrome | Download IE 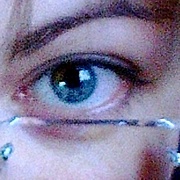 Reply - Conversation - Feb 14
hello, Lara sent you a greeting from the other side of the world. Looking at photos of the girls that are connected, that blue eye caught the attention that I loved. He sent you a greeting at this moment from a warm and cordial country that is Colombia

Reply - Conversation - Feb 12
Beautiful name. I hope it lasts well. I also love cats.
The problem is, I'm losing them yet. Time i raised them.

Reply - Conversation - Feb 12
Is that your cat? He's a really beautiful cat. What's his name?

Reply - Conversation - Jan 5
I wondered about this. Films like Howl's Moving Castle aren't the usual sort of things I watch, but even I could see it was well made anime. And it seems impossible for there to be a superior version of it in another format. Plus, I don't think I've heard anyone else mentioning the book. So, I think that there must be something specific to you which makes you like the book. Although maybe the person who chose to make the film was equally impressed by it.

Reply - Conversation - Dec 14
Hi Lara. Didn't you like the Howl's Moving castle film? I didn't even know there was a book, people only seem to mention the film, so I'd have thought that maybe the film's better. It was definitely interesting and creative anyway.